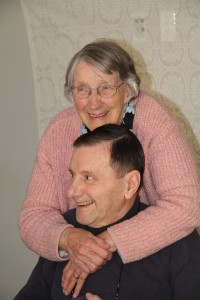 In his book, “A Cry Unheard: New Insights into the Medical Consequences of Loneliness”, Dr. James Lynch calls loneliness a silent epidemic [2]. It is often difficult for those that are lonely to communicate. The need for meaningful human connection and belonging is both physiological and psychological [3]. As social beings, the need to belong is one of our basic needs and loneliness and rejection has serious consequences. Those who are lonely and have an unfulfilled need to belong suffer more from mental illness, hospitalizations, increased need for help with activities of daily living, higher rates of suicide and mortality and interpersonal violence [1, 4].

In a culture deeply entrenched in the rhetoric of autonomy and rights, the song of God’s lonely man so often goes unvoiced and unheeded. It is ironic how much of our freedom we expend on power — on conquering death, disease, and decay, all the while concealing from each other our carefully buried loneliness, which if shared, would deepen our understanding of each other.

Loneliness is a common experience and one over which we have a choice. The choice centers on seeking the sense of belonging that comes with membership in a social group, whatever form that takes. The choice centers on creating a meaningful life, being connected and contributing to society. How this is created, is different for each person. But the need to belong is fundamental and exists as a part of the human condition.

The majority of interventions for loneliness and for depression in care homes, however, continue to involve either psychotropic drugs [5] or the provision of on-going activities and events, often as a task or a means to an end (e.g. attendance statistics). As evidenced by the many and continued reports of loneliness, I suggest that this approach is largely ineffective when it comes to loneliness and that most activities do not provide meaningful sustenance and may actually serve to enhance loneliness.

A sense of belonging can be created in senior living when there is a fundamental shift from a task driven focus to one of building supportive relationships. Sense of belonging is also linked with survival and growth [6]. In a sample of older Canadians, Theurer & Wister (2010) found that engaging in helping behaviours increases a sense of belonging and feelings of connection to others. In addition, older adults who feel a sense of belonging to their community and perceive their role as meaningful work reflecting humanitarian values that benefit members of their community, are more likely to volunteer [8].

The benefits of building supportive relationships are far reaching as not only can this approach work within existing fiscal constraints, it applies to all those involved, residents, paid staff (both recreation staff and care staff), volunteers and informal caregivers. Every moment with another matters, whether it is to invite someone to social program or to assist someone with bathing. It is taking the task at hand as a vehicle to build understanding and to appreciate the uniqueness of another. Supporting those with dementia and other challenges to connect in a meaningful way and reach out to their fellow residents, has tremendous potential to not only increase engagement and positive health outcomes, but also to build an increased sense of belonging and healthy thriving communities.