A Unique Approach to Reducing Loneliness

A Unique Approach to Reducing Loneliness 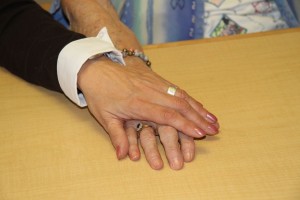 In a new article in Aging & Mental Health, researchers are suggesting that loneliness can be a self-fulling prophesy – that that the expectations older people hold of aging impacts their later health (Pikhartova, Bowling and Victor, 2016).

We often discuss age-stereotyping against those living in senior living on the basis of their age or health issues they may have (e.g. dementia, physical challenges etc.). This stereotyping leads to excess disability (Scholl and Sabat, 2008), but it is important to note that it exists with residents themselves—this is referred to as self-stereotyping. Older people compare their circumstances with one of the most enduring stereotypes held, and that is that old age is a time of loneliness.

It is becoming in increasingly clear that we have underestimated how much loneliness negatively impacts health. A study assessing the association between loneliness and the extent of a social network found that loneliness had the strongest correlation with health, even after controlling for depression, age and other covariates (Rico-Uribe et al. 2016).

Having close relationships and frequent contact matters. Loneliness continues to be a serious concern in long term care as it affects over half of the residents. Those who are lonely experience a range of negative outcomes including reduced quality of life, more frequent falls, increased hospitalizations and more.

Reducing Self-Stereotyping and Loneliness
Pikhartova, Blowing and Victor (2016) conclude that their intriguing findings point the way to a new approach to reducing loneliness. Holding a stereotype of old age and loneliness influences how well we age. Therefore, we should consider providing services and education that help reduce self-stereotyping in the wider society, particularly as it relates to aging and loneliness. This indeed may be a unique and effective approach to reducing loneliness as we age.